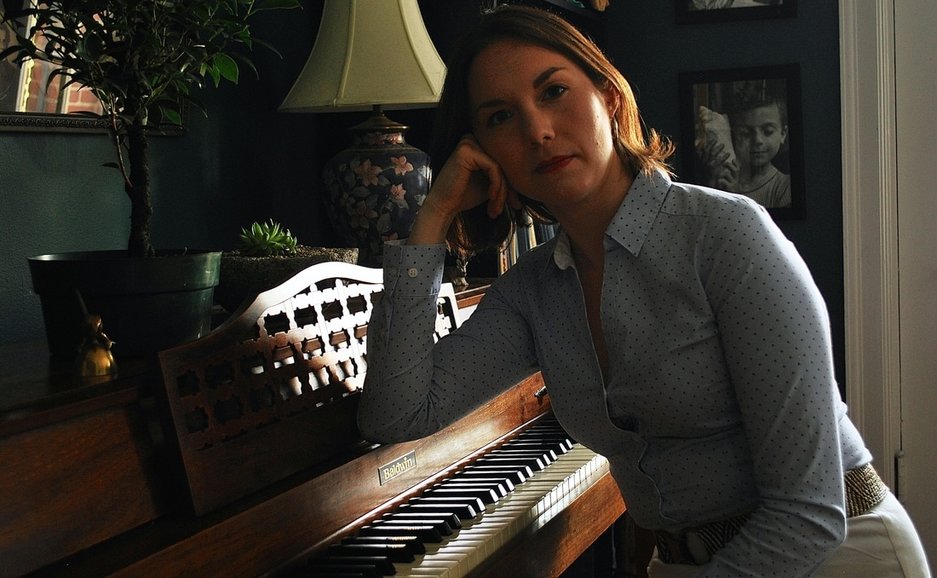 Jillian began her study of piano at the age of seven in Calgary, Alberta where her early love of music was cultivated by the efforts of her cherished teachers, Grace Ann and Hrvoje Peric. She earned a Bachelor's Degree in Music from the University of Calgary in 2012, graduating with the Fine Arts Silver Medallion for highest academic achievement in the Department of Music. Jillian pursued a specialization in Integrated Studies during her time at U of C, completing advanced study of both piano performance and composition under the direction of distinguished professors, including Marilyn Engle, Allan Gordon Bell, Dr. Laurie Radford, and Dr. David Eagle. ​

​Piano Teaching
Under the guidance of Mr. Peric, Jillian apprenticed as a teacher at the early age of fourteen and established her own private studio a few years later. Since then she has continued to maintain an active studio of piano students of all ages and has supervised the musical development of over one-hundred pupils in her career so far. Jillian specializes in guiding beginners through an original approach based on ergonomic keyboard patterns, movement training, and ear-playing, and draws on her training in composition to create original pedagogical works to facilitate the technical and musical development of her students. She currently maintains her studio in Ottawa, Ontario.
Movement Research
Motivated by her love of teaching, Jillian moved to Ottawa in 2012 to complete a Master's Diploma in Piano Pedagogy Research at the Piano Pedagogy Research Laboratory directed by Dr. Gilles Comeau. During her early graduate studies she learned about cognitive approaches to piano pedagogy, techniques for teaching early beginners, neurological aspects of music learning, and musician injury prevention.  Her experiences in this laboratory kindled a deep interest in research, which prompted her to continue her studies with a Masters of Arts in Music.  Her Master's thesis investigated the use of motion capture technologies for examining the posture and movement of pianists.  In 2015 she commenced a Ph.D. in Human Kinetics (kinesiology) at the University of Ottawa where she continues her research using motion capture technology to explore the impact of somatic methods on aspects of pianists' motor control. She is currently recruiting for her doctoral research study on Feldenkrais and its impact on pianists' coordination and performance.

Feldenkrais Method Practitioner
Jillian began the Feldenkrais Practitioner Professional Training Program at the Feldenkrais Institute of New York City in 2015. Jillian is a Guild Certified Feldenkrais Practitioner TM, offering both Awareness through Movement TM classes and Functional Integration TM lessons (graduated July 21, 2019). Jillian's interest in somatic methods and human kinetics (kinesiology) stems from personal struggles with playing-related musculoskeletal pain that began early on in her undergraduate studies. Although she explored many forms of treatment and therapy, her condition seriously impeded her ability to perform throughout her degree, resulting in the deferral of performance exams and complete cessation of playing for a six-month period. In 2013 she began studying with Feldenkrais Practitioners, including Nancy Parker and pianist Alan Fraser. Jillian's experiences with the Feldenkrais Method prompted her to explore a personal practice of Awareness Through Movement lessons which have helped her return to playing with improved technique, enhanced comfort, and effective tools for managing chronic pain. Jillian applies her knowledge of the Feldenkrais Method to help musicians learn to sense and feel themselves while playing so they may experience more freedom and comfort in movement and enhanced expression and sensitivity in their performances. She also draws on her knowledge of functional anatomy and motor learning theories to help students restructure their practice habits to learn music more efficiently while minimizing strain on their musculoskeletal system.

Jillian offers Feldenkrais Functional Integration and Awareness through Movement lessons at her home studio in Sandy Hill, Ottawa and also maintains a practice at the University of Ottawa Musicians' Wellness Centre.